Beyond The Wail Book Review

I'm excited to have the opportunity to review an upcoming anthology from Xchyler Publishing. For me, it reminds me of the excitement of my own anthologies that's I've been part of.

Twelve Authors coming together to weave tales of loss and love. Sounds like the perfect way to spend my time reading!

I would like to introduce a new Author to the Xchyler Publishing family, Author T.N. Payne. It was fun interviewing her and getting to know her better! Her short story is called Dead Man Hocking (which I'll get to that wonderful story later). Although I'd love to include every question/answer, I've included my top five- which really helped me get to know this fantastic author: 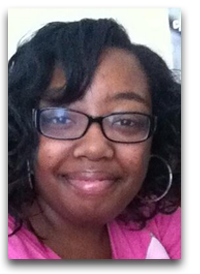 1. How did you come up with the title?
Funny thing is, I came up with the title first before I wrote my story. I remember I was thinking about dead men during a break at work -don’t ask me why my train of thought went there because I couldn’t tell you. Then I just had a light bulb moment on the contents of my story and the rest as they say was history.
2. What is your writing drive? The power that keeps you going when your writing gets difficult?
A lot of things drive my writing but one is when my head and heart feel there’s a story that absolutely needs to be told. Another is an inner fire that burns and yearns to affect the world with my writing just like others have done for me. Both of these forces of nature are not to be ignored and so it forces me to sit back down and keep trying, despite the roadblock between my brain and my fingers.
3. How does writing impact other parts of your life?
For one, it helps me deal with my emotions. I tend to get stuck in my head sometimes and writing provides a release so I can rejoin the world. Another thing is that it’s therapeutic and relaxing. I put everything I have into my words until I’m left exhausted, which is probably one of the only ways an insomniac like me can get a few hours of sleep.
4. What activities best give your brain a break? How do you unwind?
Music. It works every time. All I need is to lay down and quietly sing along to my favorite oldies playing on Pandora.
6. What is your advice to writers?
Take a chance. No matter how bad you think your writing might be, to someone else it may be amazing and/or comforting. I never would’ve thought Dead Man Hocking would be published. I spent the entire time going crazy while I was waiting to hear back, thinking the story was awful and shouldn’t have been exposed to the world. But it turned out to be all in my head. So my advice is to take a chance. That tiny act of bravery can cause a domino effect and change your life more than you would ever expect. Like it did mine.

AND... Just for fun nerd list:
Star Wars or Star Trek? Neither. I haven’t watched them *ducks*
Hunger Games or Divergent? Hunger Games
James Bond or Jack Ryan? Bond, James Bond
Sherlock: Robert Downey, Jr. or Benedict Cumberbatch? Robert Downey, Jr. (Love him in anything)
Spock: Leonard Nimoy or Zachary Quinto? *shrugs* Pass
X-Men or Avengers? Avengers
Aliens or Predators? Aliens
Minions or Penguins? Minions
Batman or Superman? Batman, no contest (Love the color black and he has his own signal and car)
Harry Potter or Pirates of the Caribbean? Pirates of the Caribbean
Beatles or Rolling Stones? Beatles
Peter Jackson or James Cameron? James Cameron
Steven Spielberg or George Lucas? Steven Spielberg
Vampires or Werewolves? Werewolves (I don’t do blood)
LARP or MORPG? *turns to Google* Oh! Neither. Not much of a role-playing gamer.
(Now that's a woman after my own heart!! Except, I've got to get her to watch Star Trek/Star Wars.)

As I just got my hands on the book, I can say that it was very hard to put down! T.N. delivers the account of a not-so-human zombie, named Kyle. As for many stories about zombies, it can be difficult to write personality and likability into the character. But Kyle's struggle to fight the monster and have a semi-normal life, with glimpses of his past life, help bring a very real human quality to this zombie. His involvement with a witch pushes his limits adding a twist I didn't see coming. I fell right into the story and found myself engaged in the life happening all around Kyle. 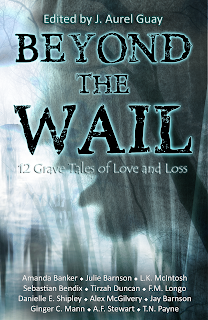 Don't forget the Raffle going on for the book release!!

a Rafflecopter giveaway
Posted by SH Hyatt at 11:45 AM